Radmin 3. It gives you to fully focus on a distant computer instantly just like you were sitting immediately before its display and used its keypad and mouse. You start to see the radmin server 3 5 keygen of your remote computer within your own screen or on its full display. To increase the security of dealing with Radmin, this program includes authentication of inbound connections. The user easily handles your own computer in anywhere. 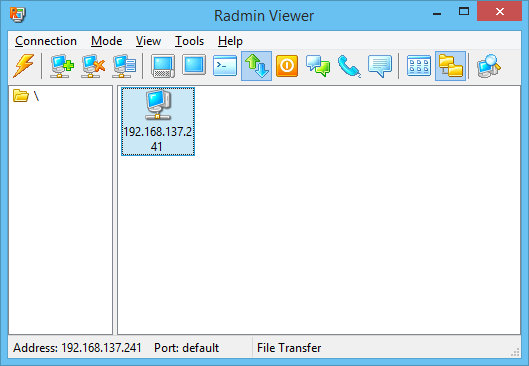 The opinions, facts and any media content in them are presented solely by the authors, and neither The Times of Israel nor its partners assume any responsibility for them. Please contact us in case of abuse. In case of abuse, Report this post. When the United Nations created this day, it called on countries to develop curricula that would not only keep the memory of what happened alive, but would serve as a way to prevent genocide from happening again.

And yet we know genocide still exists. We also know ignorance exists. We hear the statistics. Joachim West wanted people to empathize more and chose historical Holocaust photos from the era to colorize while Marina Amaral used 20 registration photos of prisoners from Auschwitz. Both understand the importance of driving something home. This issue at hand does not have to do only with Jewish populations decimated during the Holocaust.

During World War Two, many non-Jewish lives were taken. Nor does it have to do only with that era. He pillaged the country for its rubber; those who did not meet quotas were brutalized, had body parts removed, were killed. Ultimately, eight to 10 million Congolese were murdered. I do not remember learning about this in school. This past year I saw some articles shared on Facebook about the amazing effort Rwanda put into overcoming the aftereffects of the genocide that tore its society apart.

I remember the horror when it happened nearly 25 years ago. How many others have no idea what the Khmer Rouge regime did in Cambodia in the late s, when they killed over a million people in a state-sponsored genocide?

Are these events not taught? Genocide, slavery, refugee crises, persecution and prejudice all tie into the same human elements. People deciding that others matter less than they do. Dehumanization and cruelty. And as I wrote in my very first blog , this stems from insecurity. People label groups to distance themselves and then put them down to make themselves feel bigger.

It also has to do with the emphasis schools choose to place on the topics they choose to teach. Tarece Johnson of the Global Purpose Approach, wants schools to rethink how they teach about European Explorers as well. And she has a point. The Western perspective is not the only one. Its byproducts, too, were often genocide and slavery.

Resources and attention are imbalanced. I was once told in a college literature class that history, especially where war is concerned, is often told by the victor. Is that fair? Is that comprehensive? Will it teach us what we need to know in order to be better citizens of the world? Are multiple perspectives being taught?

If the history is non-European, is it taught as thoroughly? If the experience takes place in Africa, Asia, the Middle East, are we paying as much attention to it? If history is put into the context of the common threads that lead up to similar events in history, then perhaps they can begin to draw conclusions about what they see around them. If the way social studies is being taught is still leaving people with an ignorance of history, then how about we organize topics by these human elements and then bring in examples that are global?

This approach also drives home that people are people, they are the same no matter where they are. But also, give it context. Look at current events, like Syrian Civil War or the plight of the Rohingya. Students could be asked, for example, if it is okay to consider any one group as deserving of persecution?

If we were a government, how better could we handle things? I honestly think that this approach — organizing topics less by chronology or region and more by the human elements that give rise to them, is deserving of exploration from an educational perspective.

If we want history to be a part of social studies, then the social aspects of what gives rise to history and what we really, truly ought to be taking away from it needs to be part and parcel. About the Author Born in Brooklyn and raised on Lawn Guyland, Wendy lived in Jerusalem for over a decade submerged in Israeli culture; she has been soaked in Southern life in metro Atlanta since returning to the U.

Recently remarried, this Ashkenazi mom of three Mizrahi sons, 26, 23 and 19, splits her time between managing knowledge in corporate America, pursuing a dual masters in public administration and integrated global communications, blogging, relentlessly Facebooking, once-in-a-while veejaying, enjoying the arts and digging out of the post-move carton chaos of her and her husband’s melded household.